As of 2018, fatalities in Alaska have increased drastically.

Known for its pristine natural beauty, Alaska is the largest state in the country. It’s also, like all other states, unfortunately home to car accidents, slip and falls, and other cases every single day.

If you were hurt in one of these cases in Alaska and you hire a lawyer, you become eligible for a lawsuit loan from Delta Lawsuit Loans.

We review the details of your case with your lawyer, and we decide whether or not to offer Alaska pre-settlement funding for your case.

Instead of waiting months or years for your case to settle, you can take matters into your own hands and apply for a lawsuit loan from us.

If you’re approved, you’ll get your cash from us as soon as a day!

According to the Alaska Highway Safety Office, 84 people died in car accidents in Alaska in 2016.

Additionally, there were 319 vehicle-related serious injuries in Alaska in 2014, which means bout one Alaskan suffered a serious injury from a car accident every 1 ¼ days in 2014

If you were one of those Alaskans, you could be eligible to sue or pursue a settlement.

That’s a discussion for you and your attorney based on your circumstances. Once you hire the attorney, you can also consider applying for a lawsuit loan.

First things first when you get into a car accident: Make sure you and everyone involved are safe.

Depending on the details of the accident, that can include pulling over to the side of the road, calling the police or an ambulance, and heading to the hospital.

Alaska is a pure comparative negligence state when it comes to deciding who pays how much to settle a car accident claim.
Once each driver’s damages are calculated, each driver will pay the other the percentage of his or her damages that corresponds to the percentage of the accident for which he or she was responsible.

And, because Alaska is a pure comparative negligence state, you would pay him or her 20 percent of $25,000, or $5,000. In other words, even if a driver was responsible for more than 50 percent of the accident, he or she can still receive a percentage of his or her damages from the other driver.

Additionally, if you’re considering filing a car accident lawsuit, you should be aware that Alaska’s statute of limitations gives you two years to file a lawsuit for injury damages or vehicle damage.

If you were involved in a car accident in Alaska and you’ve hired a lawyer to consider beginning the process of suing, you can also apply for a car accident loan from our company.

Once you’ve done so, you’ve taken the first step to take control of your lawsuit.

If you need cash, the insurers will smell blood and offer low offers, knowing you’ll have no choice but to accept.

With an Alaska pre-settlement loans cash advance, however, you’ll have the cash you need, so you can wait out insurers’ initial offers and give your lawyer a chance to fight for the settlement you deserve.

Slip and Fall Injuries in Alaska 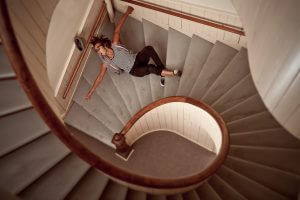 A slip and fall can occur on any property that is not your own.

That includes private property of another person or entity, or public property that belongs to the government. Either way, if you’ve suffered a personal injury there, that’s a slip and fall, and you can consider suing for it.

Laws in Alaska Regarding Slip and Fall Accidents

If you do want to sue, there are two laws in Alaska you should know about. First, you’ve got two years to file your lawsuit.

Second, Alaska has a comparative negligence loan when it comes to slip and fall lawsuits, so that will affect how much you can expect to get.

When you’re hurt in a slip and fall, first take care of any injuries.

Then, only once you’re safe and able, contact an attorney to discuss a plan to recoup your medical costs, lost wages, and other damages associated with your slip and fall.

That may include filing a lawsuit. As soon as you begin the process by hiring a lawyer, you can speak to us or apply on our website for a slip and fall loan.

The money from the lawsuit loan can get you through the arduous process of settling, which can happen months or even years after your accident.

No matter where in Alaska you were injured, we can fund it. Examples of cities we fund are:

The cities we fund includes this list, but it’s not limited to that. So if you were hurt in a city that’s not listed here, don’t think that means you can’t apply for a lawsuit loan.

These are just examples. Apply on our website or on the phone today to begin the process of getting your cash.

The Beauty of Alaska 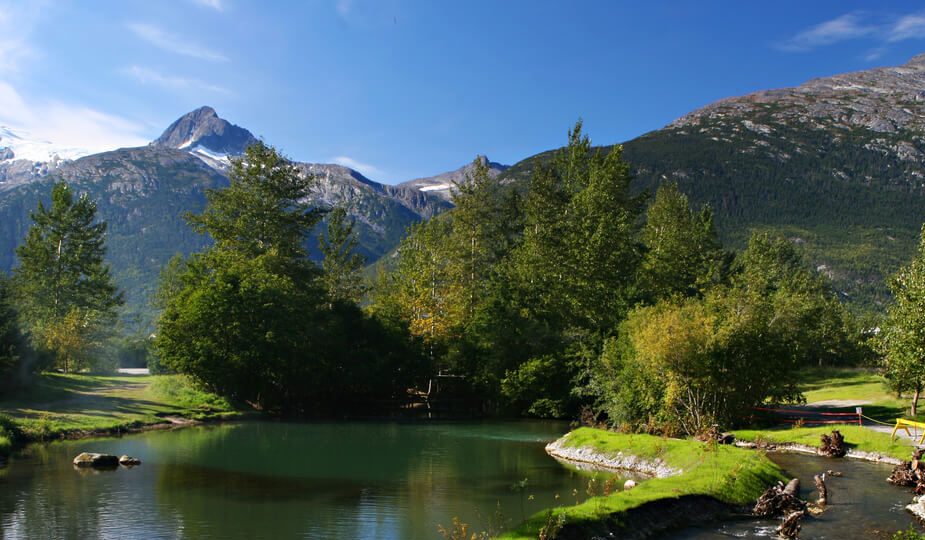 Alaska’s first place for size better matches the honor it deserves than the 49th place for admittance to the union, which happened only in 1959.

Alaska is most famous for its unbelievable natural beauty. Seventeen of the 20 tallest mountains in North America are in Alaska, including Mount Denali, which stands over 20,000 feet above the sea.

Besides mountains, Alaska’s also home to over 100 volcanoes.

A cool fact about Alaska is that it contains the United States’ northernmost, westernmost, and easternmost points.

Northernmost is obvious, and westernmost makes sense, but how is it the easternmost? The Aleutian Islands actually stretch out beyond 180 degrees longitude.

You can also catch the aurora borealis, known as the northern lights, in Alaska, often visible for most of the year.

Alaska’s also got all the glaciers, rivers, and lakes you can wish for.

Alaska Lawsuit loans from us can be your surest bet in a process filled with potential disappointment. First, it can take months or years to get a cent out of your settlement.

Compare that with the 24 hours it takes to get a lawsuit loan from us.

Second, you may not win your settlement. But if that happens, you’ll never have to pay back your pre-settlement cash advances! If you don’t win, we don’t get paid a cent.

Finally, you can use the money from the settlement loan for whatever you want. Literally anything.

It’s up to you on how to use the money because we’ll get paid right out of the Alaska settlement loans if you win.

We also won’t do any sort of credit or employment check before approving your application. You can contact us to know more.

We decide whether to fund your case solely on the merits of your case, which we discuss with your lawyer after you apply.