Home to Chicago and so much more, Illinois is the 6th-largest state in the country and just behind California for density.

One thing Illinois is not known for is for having no accidents. Just like anywhere else in the world, Illinois has car accidents, slip and falls, and all types of incidents every single day, without fail.

When you’re in one of these accidents, it can feel as though your luck’s run out.

But if you’re an Illinoisan, you’ve got at least one blessing to count: You’re eligible for a lawsuit loan from Delta Lawsuit Loans. In fact, if you’ve hired an attorney, you can apply right now in minutes and hear back in 24 hours!

We provide lawsuit loans Illinois for a whole range of cases. The most prominent are car accidents and slip and falls, but we also fund many more types of vehicle accidents, medical malpractice cases, wrongful death suits, and so much more.

If you were the victim of any of these in Illinois and you’re now suing, you can apply for a pre-settlement cash advance from us.

Once you’re approved, the money is yours, and you only pay us back if you win! 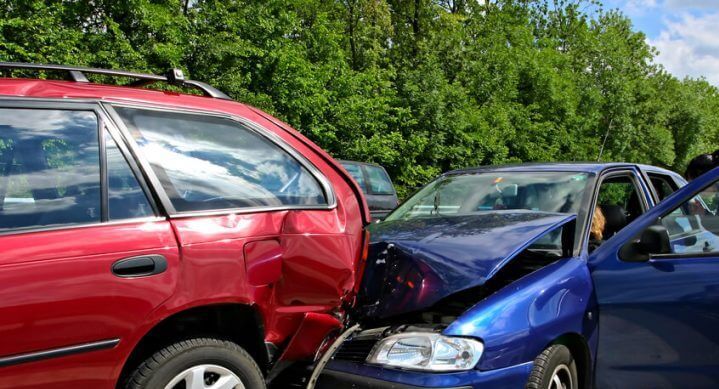 The Illinois Department of Transportation reported 311,679 accidents in Illinois in 2017.

Of those, 66,889 resulted in injury, and 998 caused death. Numbers like those may be hard to conceive, but they mean that just under one in every 40 Illinoisans were involved in an accident in 2017.

With numbers like that, it’s not surprising if you were one of those Illinoisans.

So what do you do? Stats are interesting, but they’re not what you need right now if you’ve been injured.

Before you read any further, you should know that you have two years to file a lawsuit for personal injury after a car accident.

Illinois’s modified comparative negligence rule when it comes to car insurance ensures that the driver who was more at-fault pays for the damages of the driver who was not at fault, except that the at-fault driver pays only for the percentage of the accident for which he or she was responsible. If a driver was a victim of $25,000 in damages in an accident where he or she was 30 percent at fault, the other driver pays 70 percent of the damages, or $17,500.

This is all something a jury decides, but this is important to understand during settlement talks as well.

Insurers will attempt to demonstrate that their driver was only partly responsible for the accident, in which case they will offer only a percentage of what they would have had the driver been 100 percent responsible.

If you were more than 50 percent responsible for the accident, you are barred under Illinois law from collecting any damages from the other driver.

When you apply for a car accident loan, we will consult with your attorney on details such as these.

We want to know the circumstances of your case, including your share of the responsibility if any.

Based on this information, we’ll determine whether to offer Illinois pre-settlement funding for your case, a decision we often make in a day.

Slip and Fall Accidents in Illinois 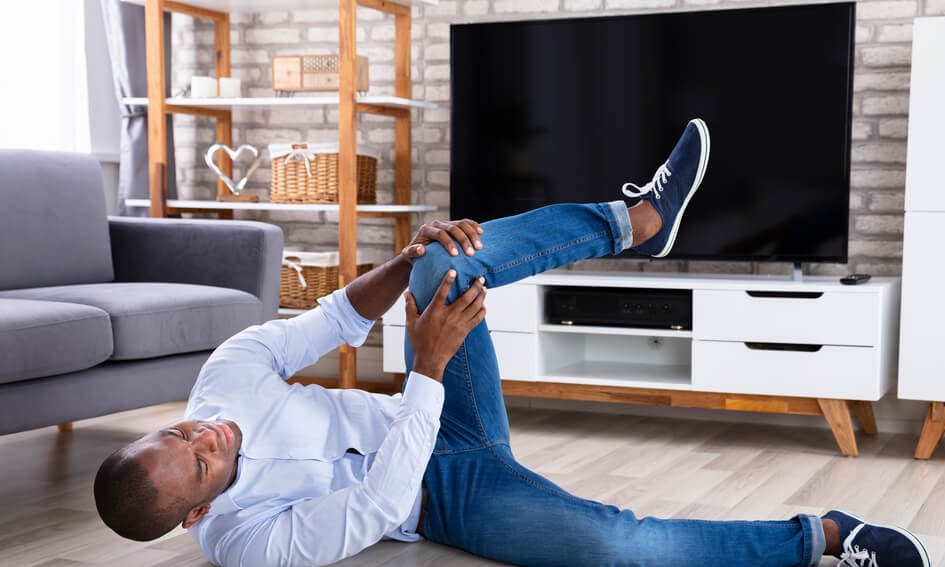 Slip and falls can happen anywhere––and Illinois is not immune.

They occur when someone is injured on another person’s or entity’s property, and they happen all the time.

When you’re hurt in a slip and fall, injuries can range from a minor sprain to a serious break to paralysis. It all depends on the type of slip and fall.

In any slip and fall, you should take care of your medical needs first. If you’ve hit your head, that includes not moving and waiting for emergency medical assistance.

What we’ll discuss in more detail here is slip and fall information related to Illinois specifically.

The things you should consider when contemplating a slip and fall lawsuit in the state are fundamentally the same as those you consider when determining whether to file a car accident lawsuit.

Just as for car accidents, Illinois gives you two years to file a lawsuit relating to injuries you suffered in a slip and fall.

The rules of modified comparative negligence also govern slip and fall in Illinois. So if you were 10 percent responsible for your slip and fall, you’ll get your damages less 10 percent.

You should discuss all of these factors with your attorney.

Then, once you’re ready, give us a call, or just apply on our website.

It’s super easy, and it’s a great step forward at getting the cash you deserve without waiting the months on end a settlement will take to come through.

Instead of waiting, take action by applying for a slip and fall loan today.

Cities in Illinois that We Fund

Wherever you got hurt in Illinois, we can fund your lawsuit if you’ve gotten a lawyer, including:

And every other city, town, and area in the entire State of Illinois!

No matter where in the state you were injured––one of the cities above, another city, a town, a rural area, anywhere––you can apply for a lawsuit funding Illinois.

These are just examples, so don’t worry if you don’t see the city where you were hurt.

Learning More About the Beauty of Illinois 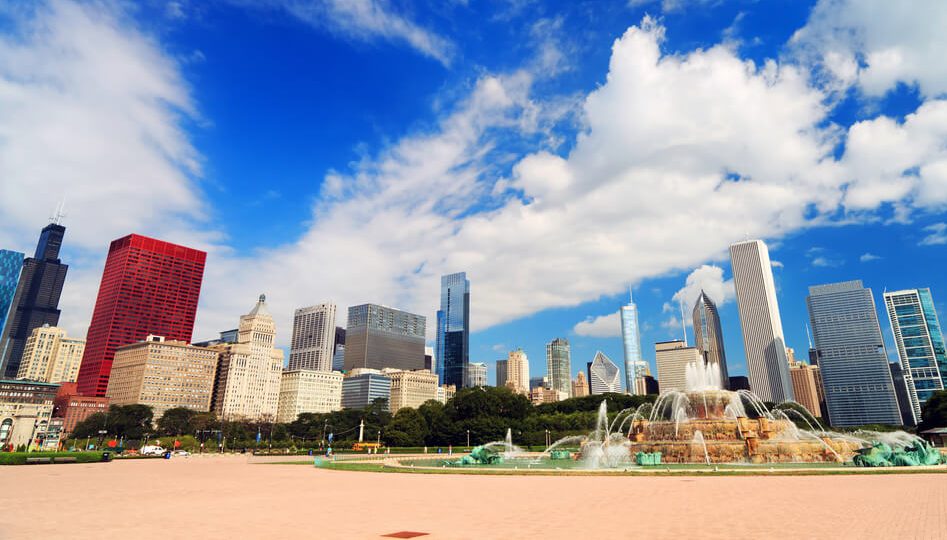 Chicago, Illinois’s biggest city and the nation’s third-largest metropolis, has a huge range of attractions, making it a tourist hub.

They include Millennium Park, home to the famous sculpture known as The Bean; famous museums; the Navy Pier; and much more. Chicago’s also home to some of the biggest and most famous sports franchises ever to play, including the NFL’s Bears, the NBA’s Bulls, and the MLB’s Cubs and White Sox.

Illinois’s also got something for those interested in history, including Lincoln’s birthplace. Adventurers also won’t lack for activities in the state.

From Shawnee National Forest to the Starved Rock State Park, Illinois is home to some stunning nature.

You can try to control the whole process of your lawsuit from accident to settlement. You can try, but you can’t succeed.

Some elements of the process will just be completely out of your control.

To make matters worse, it’s anything but a quick process.

Settlements that take a number of months are among the shortest. Most settlements will take even longer.

Even if you have a sure case, negotiating with the other side to get the sum you deserve can take longer than anticipated.

But what can you do in the meantime? How do you pay the bills, the rent, all the expenses that come up in the time between your injury and your settlement? How can you make it when your injuries keep you out of work, temporarily or, in some cases, permanently?

One of the simplest ways is to apply for a lawsuit loan from us.

When you request Illinois settlement loans, you are taking control of an aspect of the settlement process you can influence. That’s because having cash––and, more important, not being clearly desperate for cash––lights a fire under the insurer’s or property owner’s feet.

They’ll see they can’t get away with a lowball offer; you’re going to hold out until you get the offer you deserve, as you should. That’s their worst nightmare, and you can make it come true when you apply for Illinois lawsuit cash advance.

The money, once you’re approved for it, is yours to use however you’d like.

What might be the best part is you don’t pay back until and unless you win.

If you settle next April, we’ll be paid right out of the settlement next April. If you lose, we won’t get a cent, and the money we “loaned” you is yours in every sense of the word.