North Dakota is the 16th largest state in the United States, and ranks 4th for per capita
fatal injuries .

It can be shocking when you get into an accident, whether it’s a car accident, slip, and fall, or another personal injury.

These accidents can put you in a state of shock that keeps you from acting. But it’s important to consider your financial future after an accident that shakes you and your finances like these do.

These sorts of accidents happen in North Dakota every single day.

But North Dakotans can get financial help soon after these accidents in the form of North Dakota lawsuit loans from Delta Lawsuit Loans.

When someone is in an accident in North Dakota, he or she can apply for a pre-settlement cash advance from us as soon as he or she hires an attorney.

After you apply for a settlement loan, we can get you funded in as little as a day.

That’s a turnaround time that helps you right when you need the cash, rather than months or years later.

The North Dakota Department of Transportation reported 15,242 crashes in North Dakota in 2018, resulting in 105 fatalities and 4,230 injuries.

That means that in 2018, there was one crash for every 50 North Dakotans.

Immediately after an accident that kills or injures someone or causes $1,000 or more in property damage, call the police.

You should also move your car off the road and exchange information with the other driver. Call for an ambulance if necessary.

After you recover from your accident, it may be time to begin thinking about filing a lawsuit.

In making that decision, keep in mind that if you do sue, North Dakota gives you six years to do so.

North Dakota is a no-fault car insurance state, which means drivers go to their insurers after an accident, no matter who was at fault.

If you don’t meet the specifications North Dakota sets for suing outside the no-fault system, you can’t sue.

To sue outside the no-fault system, at least one of two things must have happened: Your medical bills were more than $2,500, or you were disabled or disfigured due to the accident for more than 60 days. In either of these cases, you can sue outside of North Dakota’s no-fault system.

You also file a claim outside the no-fault system for vehicle damage, since personal injury protection, or PIP, does not cover vehicle damage in North Dakota.

In the case you can sue outside the no-fault system, you enter North Dakota’s modified comparative negligence rule.

It means that you can still sue the other driver as long as you were not more at fault than he or she was.

But if you were partially at fault, the percentage for which you were at fault for the accident will be subtracted from the damages you’ll get. If your total costs were $15,000, but you were responsible for 10 percent of the accident, you’ll get $15,000 minus 10 percent, or $13,500. If you were more than 50 percent responsible, though, you wouldn’t get anything.

In sum, there are three cases in North Dakota when you can’t sue:

If you meet the requirements, are within the statute of limitations, and were less at fault for the accident than the other driver, you qualify to sue and for a lawsuit loan from us. In such a case, you can apply for a car accident loan by filling out a short application.

We’ll talk to your lawyer about your case and get you funded as soon as we can, often within a day.

Slip and Falls in North Dakota 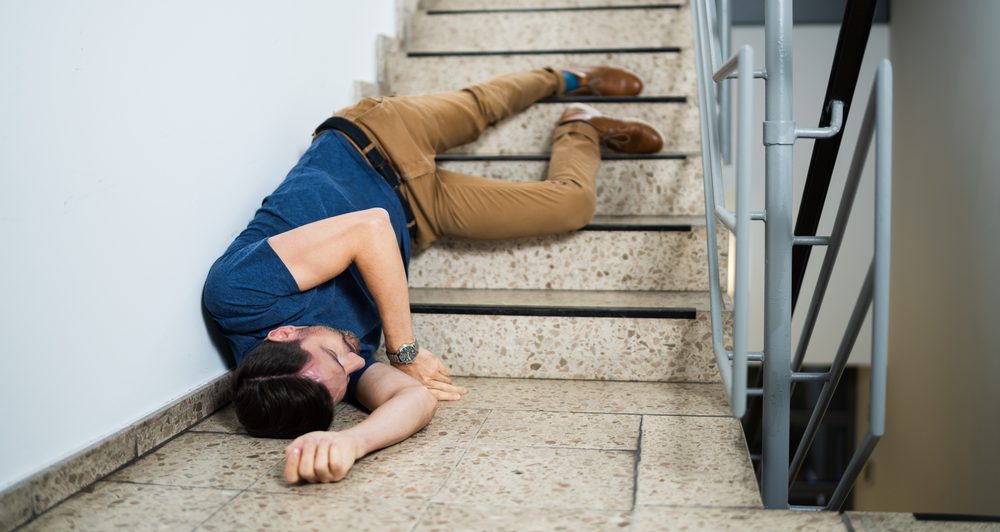 Slip and falls are premises liability personal injury cases. In simpler terms, they happen whenever someone gets hurt on the property that belongs to someone else.

North Dakota treats slip and fall cases the same way it handles car accident cases that meet the specifications to go outside the no-fault system.

Namely, the slip and fall statute of limitations in North Dakota is six years, and North Dakota follows a modified comparative negligence system in awarding damages.

The modified comparative negligence system works as follows. The jury finds two things: your damages and your share of the blame for the accident.

On the other hand, if they find that you were more than 50 percent responsible for the accident, you won’t be allowed to receive any compensation in a trial.

If your case goes into settlement talks and does not go to trial, the modified comparative negligence rule will still be important.

The property owner has to estimate how much he or she will lose at trial, which is affected by this rule.

Therefore, he or she will take your damages and your share of the blame to see how much to offer in a North Dakota pre-settlement loans, the same way a jury would do it.

You become eligible for a slip and fall North Dakota legal funding from Delta Lawsuit Loans as soon as you hire a lawyer.

At that point, you can apply for one of our non-recourse North Dakota pre-settlement cash advances, which means that we get paid straight out of the settlement. By extension, if you lose and there’s no settlement, we don’t get paid at all.

We fund cities and towns all over North Dakota. Those include:

What if your city’s not on this list? That’s not a problem at all!

These are just examples, so if you were in an accident somewhere else in North Dakota, you still qualify to apply.

North Dakota’s not the country’s flashiest state, but it has its fair share of attractions.

You can also head to one of North Dakota’s 63 wildlife refuges, more than any other state. You can even check out the woodchipper in Fargo from the eponymous Coen Brothers film.

After an accident, there are some things you probably don’t want. You don’t want someone checking your credit or employment.

Accidents generally don’t help your credit score, they can put you out of a job, temporarily or permanently.

You don’t want any restrictions on how you can spend your money.

Recovering from an accident is unpredictable, so you don’t want the ways you can spend your money dictated to you. You don’t want to have to pay back your loan before you settle or after your case ends if you lose. Get in touch with us.

So it’s a good thing North Dakotans can apply for North Dakota pre-settlement funding from us, where you don’t have to worry about any of those concerns.