Pennsylvania Lawsuit Loans – Get Pre-Settlement Funds from a Trusted Company

If you’ve been in an accident in Pennsylvania––whether it was a car accident, slip, and fall, or another one of the many cases that we fund––it may be worth your time to look into whether a lawsuit loan could be right for you.

Pennsylvania lawsuit loans can be an invaluable resource after a serious accident- people who have been injured in accidents like these often enormous expenses, including medical bills.

They’ll often be out of work for weeks if not months only compounds an already stressful situation.

A Pennsylvania pre-settlement funding cash advance from Delta Lawsuit Loans can be a huge help.

You can get one without worrying about your credit score or your current employment situation.

On top of that, you and only you choose how to spend the money, and you don’t pay us back unless you win.

Keep reading to learn more about car accidents slip and falls in Pennsylvania, and some general details about the Keystone State.

If you were in a car accident in Pennsylvania, you’re far from alone.

In 2018 alone, the Pennsylvania Department of Transportation recorded 128,420 accidents, in which 78,219 Pennsylvanians were injured and 1,190 were killed in these crashes.

On average, there were almost 15 crashes every hour in Pennsylvania in 2018.

You have to prioritize safety after an accident––your safety and the safety of others.

None of this applies if you are so seriously hurt in an accident that you can’t do these. But if you’re conscious and able to move, you should do any of the following that is possible under the circumstances.

Move your car off the road if it works. Get out of the vehicle if it’s safe and exchange information with the other driver. Call 911 for police and an ambulance if necessary.

If someone is injured or killed in the crash, or if any of the vehicles are damaged so severely that they can’t drive away, you are legally required to report the accident to the police.

You’ll also have to report the accident to that state within five days.

Pennsylvania is unusual when it comes to car accident lawsuits in that it is a choice no-fault state.

Limited tort means that you carry personal injury protection (PIP), which is where you’ll go for coverage, whether the accident was your fault or the other driver’s fault.

You wouldn’t be able to sue the other driver even if he or she was at fault unless your accident qualifies as “serious” under Pennsylvania law, which usually means permanent disfigurement or damage to a bodily function.

Opting for full tort coverage allows you to sue the at-fault driver even if your injuries don’t qualify as “serious.”

In this case, you’ll sue under Pennsylvania’s modified comparative negligence system, which means you can sue even if you were partially at fault, but not if you were mostly at fault. The jury will also subtract your share of the fault from your damages.

If you have limited tort coverage and had qualifying serious injuries or have full tort coverage, you can choose to sue.

You have two years from the date of the accident to file a lawsuit.

Don’t wait too long, though.

It would help if you aimed to hire an attorney and start the process of filing a lawsuit as soon as you can after your accident.

When you hire a lawyer, you also become eligible for a car accident loan from Delta Lawsuit Loans, so the sooner, the better. 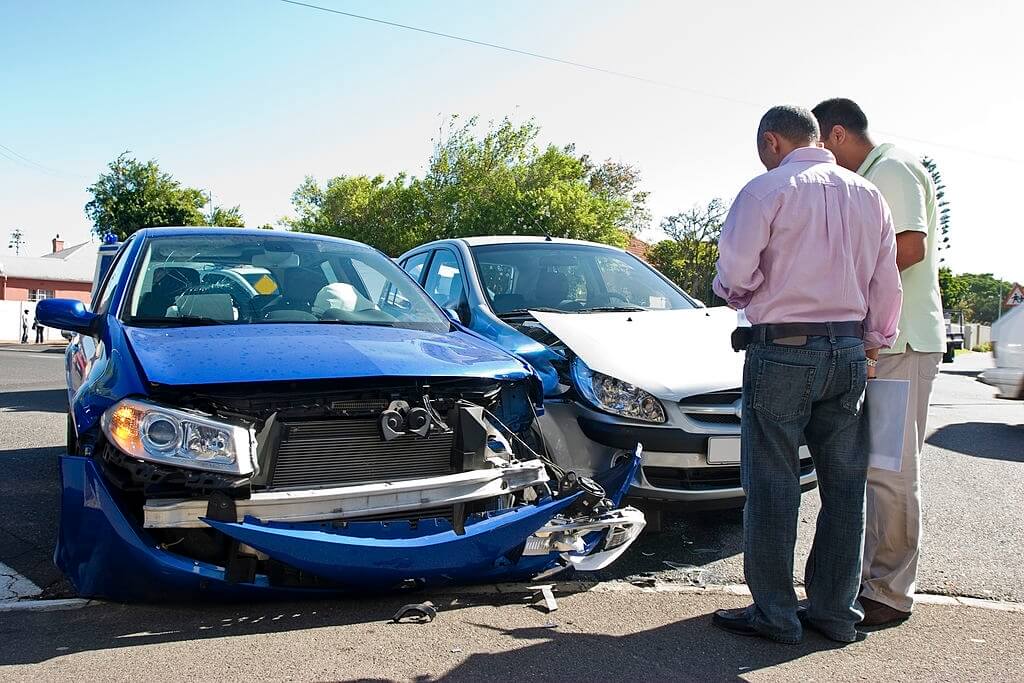 Slip and Falls in Pennsylvania

In a modified comparative negligence system, partial responsibility causes you to lose some of your damages, but it doesn’t bar you from collecting damages altogether.

In a slip and fall case in Pennsylvania, the jury will determine your total damages and your share of the fault.

Then, they’ll subtract your share of the fault from the total damages to determine how much to award you. If they find that you were more than 50 percent responsible for the slip and fall, they won’t allow you to collect any damages.

But because you were distracted by your phone, the jury ruled that you were 25 percent responsible for the accident.

What if your case doesn’t go to trial? In settlement talks, the modified comparative negligence system still plays a major role.

A slip and fall loan is easy to apply for: Give us a call or use it on our website. We’ll consider the facts of the case with the help of your lawyer.

We won’t consider your credit score or employment status, as they’re irrelevant to our being repaid. That’s because we get compensated only out of your settlement. So the controlling factor of our being repaid is your winning your case, not your ability to pay out of your pocket.

Don’t worry if you don’t see the city where you were injured here; these are only examples. You can qualify for a lawsuit loan no matter where in Pennsylvania you were injured.

There’s a lot to do in PA, sightseeing in Philly to having fun at Hersheypark to vacationing in the Poconos and hiking in the Alleghenies.

Some things to do in Philadelphia include visiting the Liberty Bell and the First Continental Congress site and checking out the Philadelphia Museum of Art.

Pittsburgh adds the Andy Warhol Museum and the Phipps Botanical Gardens. None of these sounds interesting to you? Pennsylvania’s a huge and diverse state, so there’s sure to be something for you if you do your research.

How to Get the Best Lawsuit Funding

There are a few fundamental pieces to Pennsylvania lawsuit settlement loans that are important to understand.

They are three things that are all interconnected, and we’ll explain how.

How are these all connected? We don’t care about how likely you are to pay back loans and about how you spend the money because you don’t pay us back, strictly speaking. We get paid back out of the settlement if there ends up being one, but not out of your pocket.

That’s why a bad credit score or your being unemployed won’t hurt your chances of getting approved for a pre-settlement cash advance, and why you spend your money is your business.