Every day, car accidents, slip and falls, and incidents of every sort happen to people all over South Dakota.

These accidents are often sudden, shocking, and unpreventable. They happen every day, but we never see them coming.

But it isn’t all bad news for South Dakotans. For one thing, Dakota is one of the many states for which Delta Lawsuit Loans offers South Dakota pre-settlement loans

That means that if you’re injured in an accident in South Dakota, and hired a lawyer to potentially pursue a lawsuit, you can apply for a lawsuit loan.

If approved, you can have your money as soon as a day after your lawyer gets the necessary documents over to us.

That means that if you apply today, you could have cash in your bank account as soon as tomorrow. That’s pretty good, especially when you put it up against the months or years it takes to settle and get the cash from your settlement.

As a result of these accidents, 3,956 of those drivers were injured, and 80 of them were killed. More than one in every 30 South Dakotans were in an accident in 2019.

There are specific steps to take after any car accident. You should follow each of these steps if it is reasonable and necessary, given the circumstances.

Should You Get that Loan?

After you’re away from the scene of an accident and you’re better, it’s time to start thinking about whether a lawsuit might be a good option.

The first step in getting a lawsuit started is to hire a lawyer, which also opens up the possibility of a car accident loan from us.

It would help if you got started because South Dakota gives you a three-year statute of limitations to get a lawsuit filed for injuries related to a car accident. If you’re just suing for vehicle or property damage, you have six years.

South Dakota’s rules for allocating damages after a car accident are unusual because they are subjective to a certain degree.

South Dakota follows a modified comparative negligence rule, which allows someone who was partially responsible for collecting damages, but only if their contributory negligence to the accident “was slight in comparison with the negligence of the defendant.” What exactly “slight” is, is mostly up to the jury to decide. 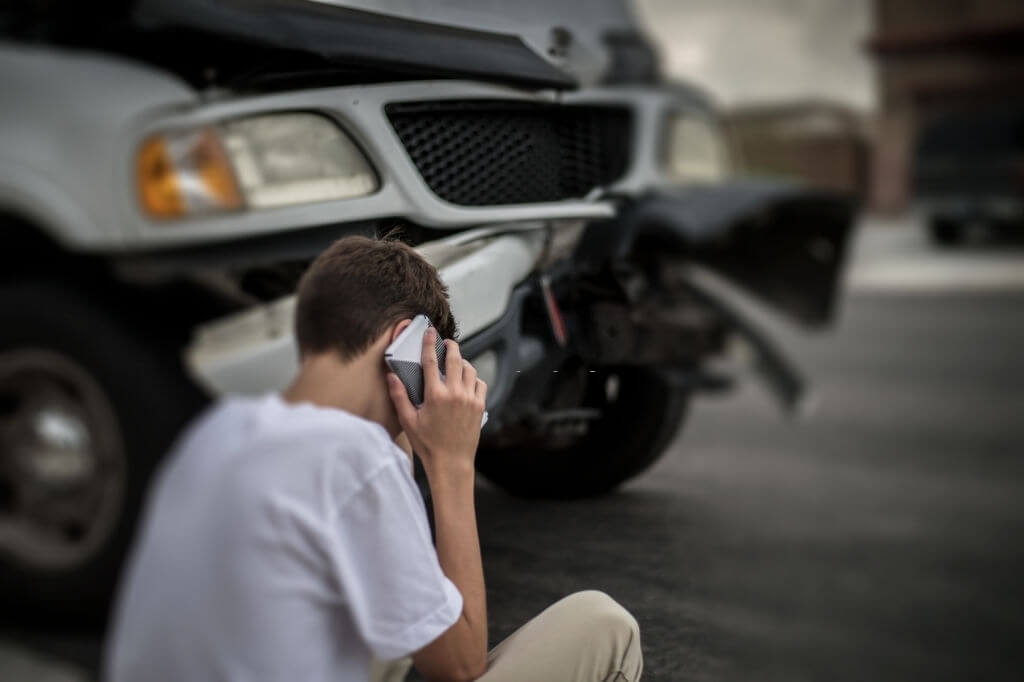 If the jury decides your share of the fault was “slight,” you’ll get your damages minus that “slight” fault you contributed. If that was 15 percent, and you’re claiming $10,000 in damages, you’ll get $8,500.

It’s details like your share of the fault that we want to know when you request a South Dakota pre-settlement loan cash advance.

After you apply, we’ll speak with your lawyer to determine whether we can fund your case. If we decide to support your claim, you should get cash within 24 hours.

Slip and Fall Accidents and Injuries in South Dakota

You have three years to get started if it’s for injuries and six if it’s for property damage, and the same modified comparative negligence rule allows you to collect damages if your share of the fault was “slight” compared to the property owner’s, applies.

A slip and fall is a type of premises liability case.

It involves someone falling and hurting themselves, and it has to happen on another person’s or entity’s property for it to be considered a slip and fall.

When it comes to comparative negligence, even if your fault was “slight,” whatever mistake you did will be subtracted from the jury chooses to award.

While that’s if the case goes to a jury, and you might settle before it gets to that point, the modified comparative negligence rule still comes into play.

The property owner has to decide if it’s worth it to them to settle. If your share of the fault was more than he or she believes a jury will find “slight,” he or she may refuse to pay.

If the property owner believes it will be found to be “slight,” he or she will still want to deduct your share of the fault from the settlement offer.

That all takes time. Delta Lawsuit Loans can help out by getting cash to you much sooner than getting it out of the settlement.

You can spend the money any way you want, so there’s no need to worry that some expense isn’t necessarily enough to spend a slip and fall loan. It’s up to you.

We could fund your case if it occurred in South Dakota, no matter where in the state exactly it happened.

We can fund the following cities, for example:

But there are a whole lot of other cities and towns in South Dakota.

What about them? Well, we wouldn’t want to waste your time by listing them all here. Just rest assured that if the accident happened in South Dakota, we could fund it.

See South Dakota for What It Is

South Dakota is most famous for Mount Rushmore, an awe-inspiring carving of four of the country’s greatest presidents in South Dakota’s southwest.

But as incredible as the national memorial is, it’s not all there is to South Dakota.

The state is also home to natural beauty you won’t find anywhere else, as well as Native American culture and history unique to this state.

Getting a Pre-Settlement Funding

There are several good reasons to get a lawsuit loan from us over, for example, a bank loan.

To put it simply, we don’t check your credit or employment when determining whether to offer to fund and how much South Dakota legal funding to offer; we don’t put any restrictions on how you can use the money, and we don’t get paid if you don’t get paid.

Let’s expand on that last point a bit. Lawsuit loans are technically non-recourse settlement cash advances, which means the only way we can get paid is by your lawyer directly out of the settlement. Get in touch with us.

So we’re in this together because the only way we get paid is if you win your settlement and you get paid, too. When you get a South Dakota pre-settlement funding loan, you don’t have to worry about a case you lose but left with a massive amount of debt. You don’t owe us anything if you lose.