Some of the most common types of injuries seen in taxi accidents include whiplash
injuries, cuts and bruises, broken bones, and trauma to the face and head

If you were injured while a passenger in the taxi, that can involve suing the taxi driver, the other driver, or both, depending on who was at fault.

If you were hit by a taxi, you can proceed with a case against the taxi driver as you would with any car accident case.

If you were injured, you could be eligible for a taxi cab accident lawsuit loan from Delta Lawsuit Loans.

All you have to do is hire a lawyer and apply on our website or over the phone.

We’ll review your case with your attorney and get back to you in as little as a day.

Injured by a Taxi? Here’s How to File a Taxi passenger Accident Claim

The process for handling an injury in or by a taxi is very similar to how you should handle any car accident.

If you’re a passenger, it’s not your responsibility to report the crash or get the details of all the parties––but it’s certainly in your interest.

With your heart still pounding and you’re being potentially injured in the accident, it may not be clear who’s at fault.

Furthermore, both drivers could be at fault! That’s why it’s important to collect all relevant parties’ information just as you would if you were one of the drivers because you could end up using the taxi driver, the other driver, or even both.

If you were one of the drivers, your responsibilities are the same as they would be in a regular car accident case.

Report the accident to the authorities and collect the other driver’s information.

But you should know that because taxi drivers are professional drivers, they may be more defensive about their driving and more aggressive than ordinary drivers.

It’s more important than ever when dealing with a taxi accident to do everything by the book.

Once you’ve done this, it’s time to hire an attorney to seek compensation for your damages and injuries.

After hiring a lawyer, you can apply for a lawsuit loan from us.

Whether it’s to make necessary fixes to your car, treat your injuries, make up for lost wages, or anything else, a lawsuit loan can help you get your life back on track after an accident in or with a taxi. 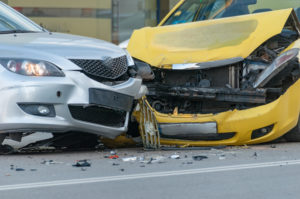 A taxi accident can happen either with you as a passenger in the taxi or as another driver hit by the taxi.

Any accident involving a taxi can be a taxi accident.

In most cases, being hurt in an accident in a taxi puts you in the same category as any other passenger injured in an accident, in which case you can sue the driver of the vehicle you were in, the other driver, or both.

One difference would be that in a regular vehicle, you probably have a relationship with the driver and wouldn’t want to sue him or her, even if he or she was at fault.

But you have no such relationship with a taxi driver, so you wouldn’t have similar qualms about suing him or her in such a situation.

If you were another driver who got into an accident with a taxi, you have the same status as any other car accident victim.

Taxi drivers can be more defensive and aggressive when it comes to defending their driving than ordinary drivers.

Whatever the circumstances of your taxi accident, whether you were a passenger or another driver, you can apply for a taxi lawsuit loan as soon as you’ve hired a lawyer to take on your case.

The pre-settlement cash advance is tied to your lawsuit, so if you lose, you don’t pay us a cent.

How Do Taxi Accidents Happen?

Taxi drivers drive for a living, so they’re experienced drivers.

Usually, that experience makes drivers safer, but sometimes it can go to their heads.

They may feel more comfortable than ordinary drivers speeding, making sharp turns, veering through lanes, and rushing through changing or even red lights.

All those dangerous choices can result in taxi drivers’ being at fault for an accident.

In such a case, either as a passenger or another driver who was hit, you could have to sue the taxi driver to get the compensation you deserve.

The first step for you, after treating any injuries you may have sustained, is to hire a lawyer to discuss your options, which could include suing.

Once you hire a lawyer, you can also apply for a lawsuit loan from us.

A taxi accident settlement loan will allow you to move on with your life while you wait for your settlement.

In a taxi accident case, if you were a passenger, that can involve waiting for the taxi driver and the other driver to negotiate how much each was at fault and how much of your damages each will have to cover.

Causes of Taxi Accidents and Injuries

Taxi accidents are like any other car accidents, and they can cause the same injuries.

Some protection for a passenger can come because he or she is usually in the back seat of a cab, which is safer than the driver’s or passenger’s seat. But that may not be enough.

Those can include broken bones, soft tissue injuries, spine and back injuries, and traumatic brain injuries, among many others.

If one was another driver who was hit by a taxi, he or she can suffer the same injuries.

In such a case, you stand to receive more in any settlement.

You can speak with an attorney about the possibility of filing a lawsuit or a claim.

Once you one, you can also consider a lawsuit loan from us.

Why a Taxi Injury Lawsuit Loan? 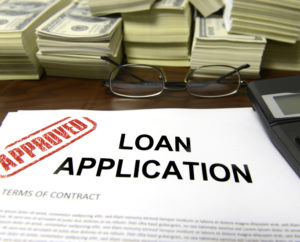 You won’t have to worry about paying back a lawsuit loan in the not impossible scenario where you don’t win your lawsuit.

A lawsuit loan is tied to your case can be tremendously helpful. Obviously it’s nice to know you only pay if you win.

But, just as important, you only pay when you win.

You’ve got to pay bank loans at a certain time whether or not your case has settled.

But since we get repaid straight out of the settlement, we literally only can get paid back after you settle.

Applying for a Lawsuit Payout Loan

Another important difference is the standing you need to apply for taxi accident claims loan.

To apply for a bank loan, you’ll have to worry about your credit and employment. Not so for a pre-settlement cash advance.

We don’t care about your credit or employment because they’re irrelevant to your shot at settling.

That’s why all you have to do to apply for a lawsuit loan is to hire a lawyer.

We’ll discuss your case with them and fund you in as little as 24 hours, no credit or employment check involved.

Similarly, while a bank will want to know what you need the money for, we don’t have to.

That’s because once we fund you, the money we send you is your money!

Oftentimes that’s paying for medical expenses, damages to your car, or making up for lost wages. But it doesn’t have to be.

No one knows better than you what you need the money for, so why not let you make those decisions for yourself?

When you get a lawsuit loan from us, you’re getting cash to use for whatever you’d like.

Call us to get started!