Yeah, when you think of Idaho, you almost certainly think of potatoes. But this state’s got a lot more going for it than spuds.

But Idaho is no different from other states or anywhere else in the world when it comes to accidents––car accidents, slip and falls, and all types of cases we fund.

After you’re in an accident in Idaho, you hire a lawyer. Immediately after you do that, you become potentially eligible for a lawsuit loan from Delta Lawsuit Loans.

Filing a lawsuit may be the right step for you; you might need the money. But if you need cash right now, a lawsuit won’t do you much good.

It can take months or even years to get a penny out of your settlement because insurers and property owners will fight tooth and nail until they have no option but to settle. And it can take years to wear them down.

So in the meantime, what can you do?

Applying for Idaho pre-settlement loans from us could be the right move for you.

You’ll hear back and, if you’re approved, get the cash you need in as little as a day. We’re paid back out of the settlement if and when you win. You can use the money for whatever you want, and you owe us nothing if you lose.

Car Accidents and Injuries in Idaho

Idaho’s like no other state, but when it comes to car accidents, it’s unfortunately just like any other state. If you were in a car accident in Idaho, you aren’t alone.

The Idaho Transportation Department’s Office of Highway Safety reported that, in 2017, Idaho was home to 25,851 car accidents, injuring 1,246 and killing 245.

When you do the math, you realize that someone was in an accident in Idaho every 20 minutes in 2017! For the 7th-least densely populated state in the union, that’s a somber feat.

The first thing you have to do after an accident is to take care of yourself and others involved. That means clearing the road if possible and calling the police and for an ambulance if necessary.

If anyone was hurt or killed in the crash or if at least $1,500 of property damage occurred, you are required to notify local police.

In Idaho, (the insurer of) whichever driver was at fault for the accident pays the driver who was not at fault for his or her medical bills and property damage.

The driver who was not at fault may also sue for pain and suffering, time out of work, and other damages.

However, because Idaho has a modified comparative negligence rule, whichever driver was not at fault will only be able to collect damages for the percentage of the accident the other driver was at fault for.

You have two years to file a suit for a car accident injury in Idaho, and three years for a property (including vehicle) damage suit.

When you’re in a car accident, there are only certain things you can control. If you’re desperate for cash, you may ostensibly control when you say yes to a settlement offer.

But in reality, you’ll have no choice but to take a lowball offer as soon as it’s offered.

Not so with a car accident loan from us. With Idaho pre settlement funding , you’ll have the cash you need. No longer desperate, you give your lawyer the chance to fight for a legitimate offer.

Slip and Fall Accidents in Idaho 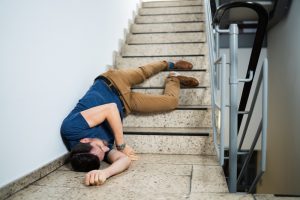 A slip and fall can happen suddenly and at any time. They can happen all over the country and the world, and Idaho’s not immune.

Something you should consider immediately if you’re hurt in a slip and fall in Idaho is Idaho’s statute of limitations.

Just as with car accidents, you have two years to sue for injuries, and three for property damage.

Also the same as with car accidents, Idaho has a modified comparative negligence rule when it comes to slip and falls.

So if your accident was completely the property owner’s fault and there were $5,000 in damages, you’ll get $5,000 (or at least your settlement offer will be based on that figure).

That’s all stuff you and your lawyer have to consider.

But your share of fault won’t necessarily keep you from getting a slip and fall loan from us.

Cities in Idaho that We Fund

No matter where in Idaho your case happened, we can fund it. That includes:

But to truly list every place we fund, we’d have to list literally every place in Idaho, from the state capital to the smallest hamlet.

So we’ve only listed some of the biggest cities, but that doesn’t mean you can’t apply for Idaho legal funding if you were hurt in a city that’s not listed here. We can fund cases anywhere in the state. 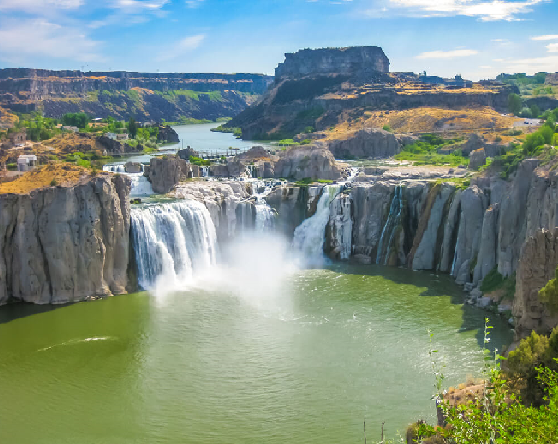 There are a ton of things to do in Idaho that don’t involve potatoes.

From hot springs to amusement and water parks, there’s something for everyone in Idaho.

You’re taking your own future in your hands when you apply for a lawsuit loan from us.

Rather than hope for a good settlement, actually do something to ensure that settlement is as good as it can be!

That sounds hard, but it’s super easy. It entails filling out a form to apply for Idaho settlement loans.

Yeah, it’s really that easy. We do the grunt work of consulting with your attorney, but we don’t want to add any stress to a situation that’s already difficult for you.

So all it takes on your end is a short form, and you can have cash as soon as tomorrow if you fill it out today.

When you are approved, you can use the money for whatever you want.

Chances are you need it for your medical expenses, to make up for lost wages, or to pay rent. But the funds aren’t limited by any means to those uses. So you can use the money for literally anything.

You don’t have to pay until you win your settlement because we get paid right out of the settlement. That also means that if you lose, we don’t get paid. If you don’t get paid, neither do we.