A major concern in Massachusetts and a preventable death in the United States are
auto accidents involving cars, trucks, and other vehicles.

Massachusetts is home to Boston and much more. But it’s also home to car accidents, slip and falls, and all sorts of cases like them––just like any other state of place in the world.

Residents of Massachusetts do have at least one advantage over some other Americans and people in the rest of the world: When they’re in an accident, they have access to lawsuit loans from Delta Lawsuit Loans.

What does that mean? It means the ability to get cash months––even years––sooner than they otherwise would just waiting for a lawsuit to settle.

It is being able to move on after an accident sooner than they otherwise could.

And being able to take out a non-recourse “loan” that they’ll only pay back if they end up winning.

Car Accidents And Injuries in Massachusetts

Massachusetts’s Department of Transportation reported that there were 139,561 crashes in Massachusetts in 2019, 33,011 of which resulted in injury or death.

That means there was an accident every four minutes in 2019.

So, while every accident is tragic, it’s not shocking if you were one of the many Bay Staters injured in one.

The thing to remember is that you can be compensated for your damages and injuries, but you’ve got to follow the rules.

You have three years in Massachusetts to file a car accident lawsuit.

You can also only file such a lawsuit under certain circumstances.

That’s because Massachusetts is a no-fault car insurance state. Each driver carries personal injury protection, or PIP, and goes to his or her own insurer after the accident no matter who caused it.

However, you can also sue if your injuries include a fractured bone, substantial loss of hearing or sight, and/or either permanent or temporary disfigurement even if the damages were less than $2,000.

In a case when a driver sues outside of Massachusetts’s no-fault system, he or she enters a modified comparative negligence system.

That means you can collect compensation even if you were partially responsible for the accident. So if you suffered $5,000 in damages and were 10 percent responsible, you can get $4,500.

In any case, we can offer a car accident loan as soon as you hire a lawyer.

We’ll determine along with your attorney whether you have the right to sue under Massachusetts law as well as other details of the case. Based on that conversation, your application, and other factors, we can determine whether to fund your case and how much to fund.

But your job is simple: Fill out the application! It takes about 24 hours to process your request and get your cash if you’re approved, but every hour you wait is another hour before you see your cash.

Slip and Fall Injuries in Massachusetts 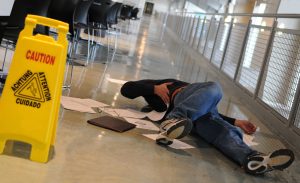 Another extremely common case for which to request Massachusetts pre-settlement funding is a slip and fall. To be precise, it is a premises liability personal injury cases, in which one person hurts himself on another person’s property. They happen in Massachusetts and all over the country and world every single day.

After this, your health and safety might be the only things you’re thinking about.

What may not be immediately apparent is that your financial wellbeing is a major factor in your overall health. That’s why, as soon as you can medically, you should hire a lawyer and consider the possibility of a lawsuit. Hiring a lawyer also makes you eligible for a slip and fall loan.

Massachusetts gives you the same three-year statute of limitations to file a slip and fall lawsuit as it gives you to file a car accident lawsuit.

The difference, of course, is that your injuries don’t have to meet a certain threshold for you to bypass PIP and sue because you don’t carry PIP for non-vehicle-related personal injury cases.

So even if your damages were only $1,500 and didn’t involve any of the serious injuries listed under Car Accidents in Massachusetts, you can still sue.

A Massachusetts lawsuit settlement loans from us can be a huge help.

The property owner isn’t interested in getting your money as soon as possible. In fact, they will try to avoid paying you as long as it is possible.

On the other hand, we want to get you your money as soon as possible, in just 24 hours.

Cities in Massachusetts that We Fund

We can fund your case no matter where in Massachusetts it occurred. These are the cities for which we offer funding:

Want to apply for a lawsuit loan but don’t see the city where your case occurred above? No problem! These are just examples, so don’t read into an omission on this list. Whether or not you see your city on the list doesn’t matter.

You can apply for Massachusetts lawsuit funding from us.

Explore the Places in Massachusetts 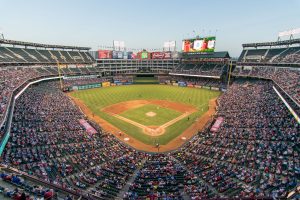 Boston is the heart of Massachusetts. Boston is a cultural capital of the world, home to the Museum of Fine Arts, the Boston Public Garden, the Museum of Science, the Boston Children’s Museum, the New England Aquarium, the Boston Ballet, countless colleges and universities, and more.

Boston is also home to many historical landmarks, mostly due to its status as the center of the Revolutionary War.

Some historical sites in Boston include the Paul Revere House, Old North Church, the Boston Tea Party Ships and Museum.

It’s also home to the Red Sox and Fenway Park, a couple of the most renowned franchises and stadiums in the history of sports. 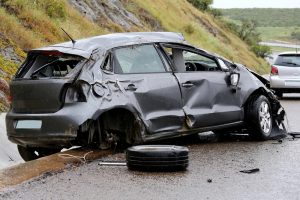 So why take a lawsuit loan over a traditional bank loan?

One reason is the differing criteria for whether to grant a loan.

Banks will be looking at your credit and your employment because they’re worried about how you’re going to pay them back.

In fact, you’ll never pay out of your own pocket. If you win, we get paid out of the settlement. And if you lose, you don’t pay.

Another advantage of a Massachussetts pre-settlement loans is that you can use the money however you want.

You know best what you need the money for, and we’re not going to tell you how to spend it.