The latest statistics indicate that there are almost 150,000 car accidents in Oregon
every year

Accidents happen in the Beaver State every day, just every state in the country and every country in the world. It’s not surprising, but it can’t help but be disappointing.

And if you’re one of the Oregonians who get into car accidents, slip and falls, and accidents of all sorts every day, it’s worse than disappointing––it’s tragic.

We at Delta Lawsuit Loans think we can offer some small sort of consolation.

Unlike in some states, accidents that occur in Oregon are eligible for accident Oregon lawsuit settlement loan from us.

We fund most states, but not all of them; and Oregon is one of the states we do fund.

So if you’ve been in an accident in Oregon, don’t hesitate to call us up or apply for a pre-settlement cash advance on our website.

According to the Oregon Department of Transportation, there were 57,726 crashes in Oregon in 2017, in which 41,893 Oregonians were injured and 439 killed.

There was an accident every nine minutes in Oregon in 2017, so it’s terrible, but not surprising if you were one of the tens of thousands of Oregonians who were hurt in car accidents, in 2017 or any year.

The first thing to do after getting into an accident is not to file an Oregon lawsuit loan.

We think that’s important to do if it’s the right move for you, but it’s far from the first move.

The first thing you should do after an accident is to ensure you and everyone in the accident’s safety.

If necessary and possible, you should do each of the following: Move your car off the road; exchange information with the other driver or drivers; call the police or appropriate authorities and call for emergency medical help.

The next step is reporting the accident to the Department of Motor Vehicles, which you must do within 72 hours of the accident.

After that, you make sure to treat your injuries, which may involve a visit to the hospital.

Now it’s time to consider an Oregon lawsuit funding company with an attorney. If you decide to go this route, be advised that you have two years to file that lawsuit, which sounds like a while, but that deadline creeps up. If you’re only suing for vehicle damage and not for injuries, you have six years.

That’s because Oregon is a modified comparative negligence state when it comes to car accident lawsuits. What does that mean? When you go to trial, a jury will find your damages and the percentage of the accident for which you were responsible.

Then, they’ll subtract the second figure from the first. Let’s say you assess your damages to be $75,000 and your share of the fault to be a third.

Now let’s say they found you to have been more responsible than the other driver.

You can’t collect anything, not even 49 percent or whatever percentage the other driver was responsible.

When you’re injured in a car accident in Oregon, the first call shouldn’t be us.

But a call to us should be one of the requests you make after you’ve hired a lawyer and are considering a lawsuit after a car accident.

It should be one of your calls because we can be an important resource for you.

Instead of accepting an initial offer out of desperation, turn to us.

We can offer a car accident loan regardless of your credit or employment, and you’ll only pay back if you win your case.

Slip and Falls in Oregon 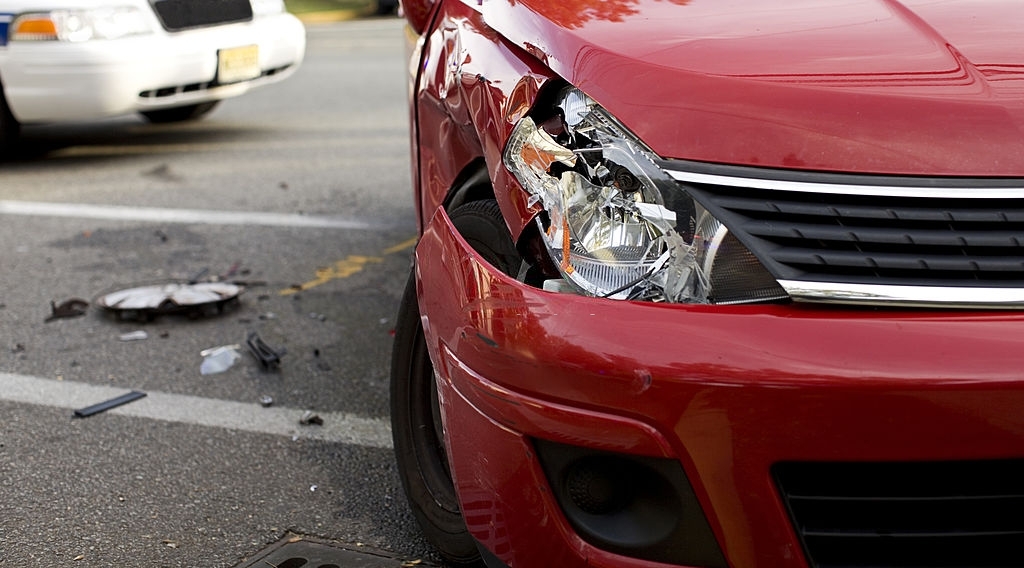 It’s devastating to be involved in an accident, no less one as shocking and disorienting as a slip and fall.

If you’ve been in a slip and fall in Oregon and you’re currently looking into your options, you can use this section as an essential resource.

You should speak with and hire an attorney to pursue your case if you choose to move forward. Once you have, come back here and apply for a slip and fall loan!

Remember that you have two years to file a slip and fall lawsuit.

While that’s plenty of time, a judge won’t be too sympathetic if you go past this deadline.

It’s almost certain he or she will throw your case out immediately if you file it later than two years after the slip and fall.

If you only want to sue for damage to personal property that occurred as part of the slip and fall, you have five years.

But the vast majority of slip and fall lawsuits involve personal injury and will fall under the five-year statute of limitations.

If you read the last section on Oregon’s modified comparative negligence rule, you’ll have no trouble understanding how slip and fall cases are judged in Oregon because it is practically identical.

Further, the damages you receive will be reduced according to your share of the fault in the case. So if, for example, you suffered $10,000 in damages but were 40 percent responsible for the accident, you’ll get $6,000. If, however, you were 60 percent responsible, you won’t get $4,000, but nothing.

Apply for a slip and fall loan from Delta Lawsuit Loans, and, if you qualify, you could get cash in your bank account as soon as tomorrow! Whether and for how much funding you’ll be eligible depends entirely on the facts of your case. It doesn’t depend on your credit.

Even better, you can use the money for whatever you want, and you don’t pay back until and unless you win your case.

If you’re suing for injuries you suffered in Oregon in one of the many cases we fund, you can apply for a lawsuit loans oregon, and there’s a good chance you’ll be approved.

Here’s a list of examples of cities in Oregon that we fund:

But these are just examples, so don’t sweat it if you don’t see your hometown or the city where you were injured here. You can apply all the same. 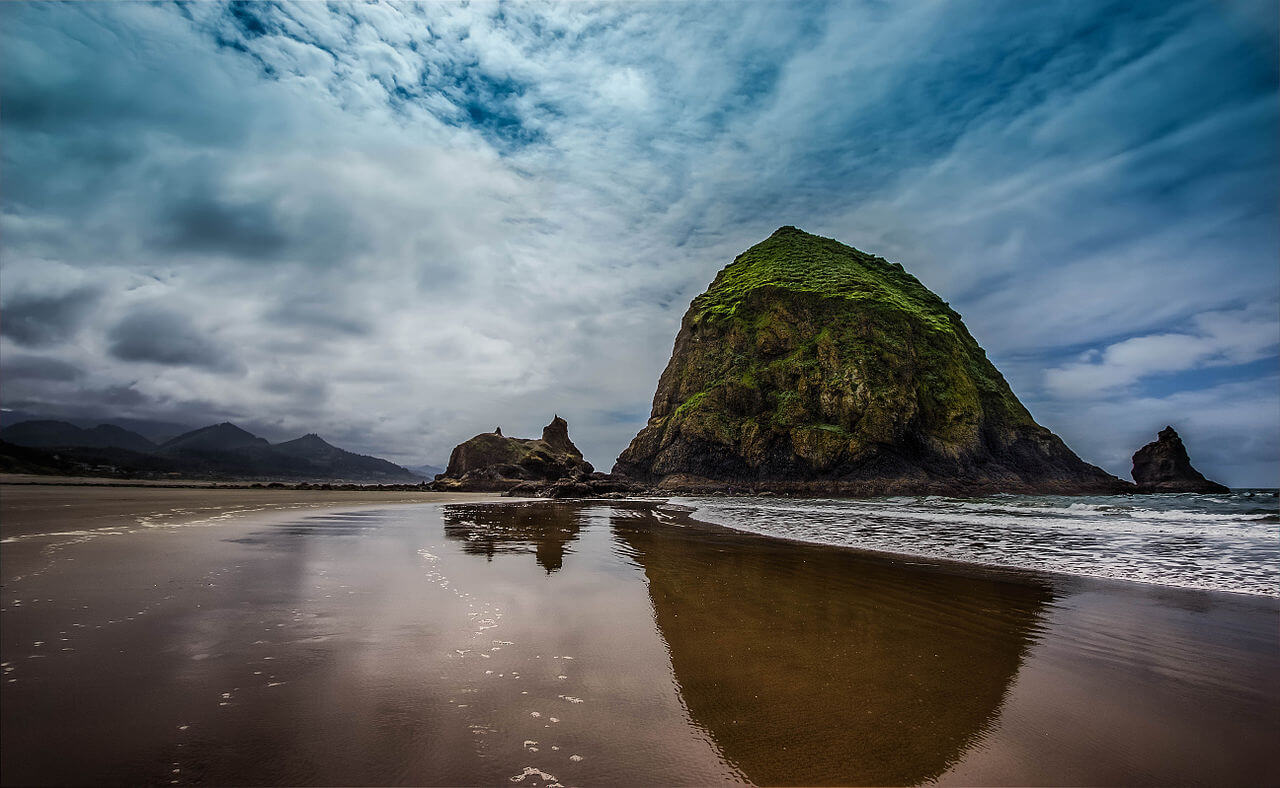 Natural beauty is only one of Oregon’s many unique characteristics that speak to the state’s specialness. In this one state, you can hike through the desert or on a mountain, surf at the beach, and walk through endless prairies. Some of the most beautiful sites in this most beautiful state include Multnomah Falls, Crater Lake, Mount Hood, Haystack Rock, and many more.

Portland may be the hipster capital of the world, which only adds to Oregon’s charm.

Some things you can do in Portland include checking out the world’s largest independent bookstore, trying some craft beer, and catching a Trailblazers game.

How to Get Loans from Delta Lawsuit Loans

Money that you receive as part of a settlement loan is your money. That sentence encapsulates everything else we’ll talk about in this section.

Finally, because it’s your money, you never pay us back out of your pocket. Even if I win? You’re thinking. Hurry, call us now!

Yes, in a way: We get paid out of the settlement and not out of your bank account, so we never really do take back the money we give you. And if you lose, we don’t get paid at all.