What is the Contributory Negligence Rule?

How hard will it be to win your car accident lawsuit? That depends on which state you’re living in.

Different states have different rules for how car accident lawsuits are decided, and for who can win.

In some states, anyone can sue, even if he or she was mostly responsible for the accident.

In others, someone who was 50 percent or less than 50 percent responsible for an accident can sue. 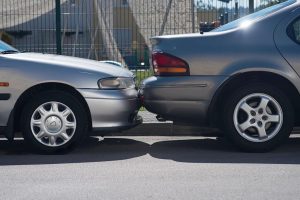 In these states, you’ll have to prove the other party was at fault, but you won’t have to worry about their arguing that you were slightly at fault. At worst, it means you’ll lose some damages you would have otherwise won.

But in a third group of states, that argument––that you bore even the slightest bit of fault for the accident––can be toxic to your case.

Read on to learn about the group of states that follow the contributory negligence rule.

A Pre-Settlement Funding for All Your Troubles

Even in these states, Delta Lawsuit Loans offers lawsuit loans to drivers who have been in accidents and have hired lawyers.

We can offer funding for your case within 24 hours from the time your lawyer gives us the necessary paperwork.

Just waiting for your settlement can take months or years––and after all that, it’s still not guaranteed that you’ll win.

If you do end up losing, you won’t have to pay back your car accident loan from us. That’s one less thing to worry about.

“Contributory negligence” is a phrase used in law that means a person contributed negligence that caused the accident.

It doesn’t mean that the person caused or was a primary cause of the accident; it means only that he or she did anything that contributed to the accident occurring.

Most states discuss contributory negligence in their statutes.

The vast majority mention it to say that contributory negligence does not bar a plaintiff from suing. Those are comparative negligence states.

To collect damages in a contributory negligence state, you cannot have contributed to the accident occurring, even in a tiny way.

Your conduct in the accident will have to have been perfect or near perfect to be able to win a case in a contributory negligence state.

It’s still possible, and that’s why we offer settlement loans even to plaintiffs in contributory negligence states.

But it’s much harder to win a case in one of these states than in a comparative negligence state.

What Is an Example of Contributory Negligence?

Let’s say you were in an accident. The other driver ran a stop sign, but you were speeding.

Nonetheless, since your speeding contributed somewhat to the accident’s likelihood and, more likely, to its severity, you can’t collect any damages from the other driver.

How Would It Be Different in a Comparative Negligence State?

In a comparative negligence state, you would be penalized for your contributory negligence, but it wouldn’t cause your case to be thrown out.

In a comparative negligence state, the jury would calculate just how much of the fault was yours and subtract that from your damages. So you would still get paid for the portion of the accident that wasn’t your fault.

Not so in a contributory negligence state. In one of these states, even if your fault was next to nothing compared to the other driver, you can’t recover any damages from him or her.

If you hire a lawyer because you believe you have a good shot at winning a lawsuit, you can apply for a car accident loan from us.

You won’t have to worry about your credit score or employment status being an issue because we don’t care about that.

We only care about the facts of your case, which are what we’ll review with you and your attorney when you apply.

When Can You Sue in a Contributory Negligence State

Only in a case where you did not contribute in any way to the accident occurring or the accident’s severity can you sue in a contributory negligence state. 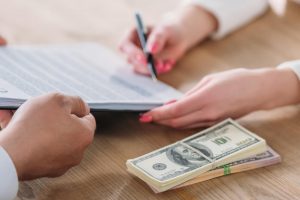 This severely constricts plaintiffs’ ability to sue. And it makes it incredibly easy for the other driver or his or her insurer to defend themselves.

All they have to do is show that you in any tiny way contributed to the accident, and they’re free to go and don’t owe you a cent.

That doesn’t mean it’s impossible to win. It’s very possible, especially if your conduct during the accident was unimpeachable.

Just always remember while driving: Is it worth it for me to ignore this rule, when doing so can prevent me from suing even if an accident isn’t my fault?

Drive safe and legally, and you’ll avoid a situation where you helped cause the accident in some minor way.

Of the states that Delta Lawsuit Loans funds, three have a contributory negligence rule.

If one of these states is where your accident occurred, you’ll be suing under the contributory negligence rule, so be sure your case is airtight.

Even the smallest hole can be exploited by the other side to prevent paying you anything.

Reliable Lawsuit Loans for Your Case 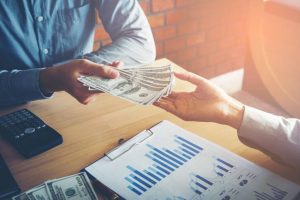 Pursuing a lawsuit can be a journey in any state. All the more so in a contributory negligence state, where you’ll always be worried the other side or a jury will find the slightest bit of fault in your conduct.

We can’t change the rules, but we can make them a little easier to live with.

Instead of staking all your hopes on a lawsuit that has everything in the law book going against it, you can apply for a pre-settlement cash advance from us. If you’re approved, you can have the cash in your bank account just a single day after you apply.

A lawsuit loan presents several advantages over one alternative, which is not to apply for one. For one thing, you won’t be strapped for cash.

And another thing: If you aren’t strapped for cash, your lawyer can negotiate more effectively on your behalf. You can put your money where your mouth is when you turn down a dismal offer.

Pre-settlement funding also has advantages over other types of loans. You won’t have to provide your credit score or employment, so if you have a poor credit score or you’re unemployed, it won’t affect your chances of being approved.

You can also spend the money any way you want, which is the freedom we’re talking about when we say it’s your money.

Finally, you only pay back directly out of the settlement, which also means you don’t pay back if you lose.

With advantages like these, applying for a lawsuit loan is often a no-brainer.