How Working With a Pre-Settlement Funding Company Can Help You

Pre-settlement funding can be exactly what you need, but you might never have heard of it.

That’s because, unlike other types of loans, lawsuit loans are specific to plaintiffs who have hired a lawyer and might sue.

Unlike a bank loan, settlement loans are reserved for this specific purpose, so they’re not as common.

But, for those who qualify for them, loans for a lawsuit can be extremely helpful.

Getting a settlement funding for a certain case involves a number of processes, but it can benefit you in the long run.

We’ll outline some of the many benefits one of the settlement funding companies, including Delta Lawsuit Loans, offer when you take out a lawsuit loan.

Related: Loans on Lawsuits: Get Cash, the Safe Way

The first benefit of a pre-settlement funding loan is simple: It gives you the cash you need.

Unfortunately, there’s often simply no alternative for that kind of help.
Many of our plaintiffs would not qualify for bank loans even if they applied for them.

Even if bank loans were better for them (which, for reasons we’ll enumerate, they’re usually not), they wouldn’t be able to get them. 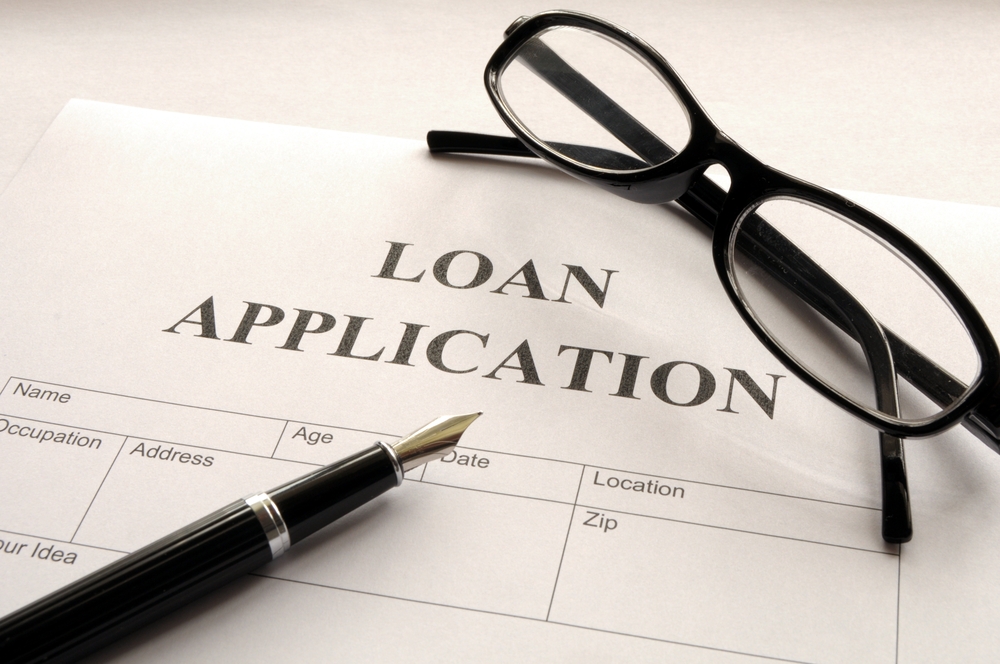 Do I Need a Pre Settlement Funding for a Personal Injury?

Injuries can put you in the hospital. That means medical bills.

They can force you out of work, either temporarily or permanently.
That can mean a significant loss of income. And other expenses don’t suddenly just go away when you get hurt.

You’ll still have to pay for rent or the mortgage, for gas, for groceries, for the electric bill, for the phone bill.

Injuries can often exacerbate costs while cutting off important streams of income.

Cases that involve one’s negligence such as medical malpractice can greatly affect your way of life and employment.

at’s why a loans on lawsuit is your starting point to get compensated and as a person, you have the rights reserved to sue someone for negligence.

You might be hoping to recoup your losses when you settle, but who knows how long that will take? It could be months or years––or you could even end up losing. In the meantime, you don’t have to go broke; you can get a lawsuit loan.

Here are some reasons why loans for lawsuit can help.

One of those reasons is that even other methods of making money take a significant amount of time, and time may not be on your side in this case.

Delta Lawsuit Loans often gets our plaintiffs the cash they need inside of 24 hours after their lawyers send over the necessary documents.

A lot of the delays are avoidable, and you’re the one who is able to avoid them.

That’s unlike your settlement talks, where most of the delays may be avoidable, but you’re not the one who chooses to delay.

When applying for a lawsuit loan, it only takes us about a day after we get the documents to choose whether to approve you, so the ball’s in your court.

There are No Credit or Employment Checks

One thing you’ll notice if you apply for a bank loan is that they’re near impossible to get if your credit isn’t good or if you’re unemployed.

There’s nothing wrong with that; it’s only the bank’s protecting its ability to get paid back.

If you have a history of being unable to pay bills or loans on time (bad credit), or if you don’t have a steady stream of income (unemployed), why should the bank take the risk of not being paid back that you present?

Delta Lawsuit Loans and pre-settlement lawsuit funding companies like it don’t care about those things, though.

Paying us back doesn’t depend on your credit or employment, as it does for banks.

It depends solely on your ability to win your case. We get paid back out of the settlement or we don’t get paid back at all, so your credit and employment mean nothing to us.

Therefore, we won’t ask about it, and having poor credit or being unemployed won’t affect your chances of being approved.

The Money Is Yours to Spend as You Want

Another great thing about settlement funding is that they’re really your money.

Once you’re approved and we send the money to your bank account, we don’t tell you how to use it.

Once again, unlike banks, we don’t get paid back directly by you out of your own funds.

For that reason, we don’t care how you spend your own funds, including the money from the loan

on a lawsuit, and it also doesn’t matter if you win your case or not.
So if you’re worried about being told how to spend your money, you shouldn’t worry.

Worried about expensive lawsuit loan fees? We’ll explain in a minute why they’re warranted, but for now, know at least that we will match or beat any rate you get in writing from another settlement funding company.

We guarantee we’ll give you the best rate around. 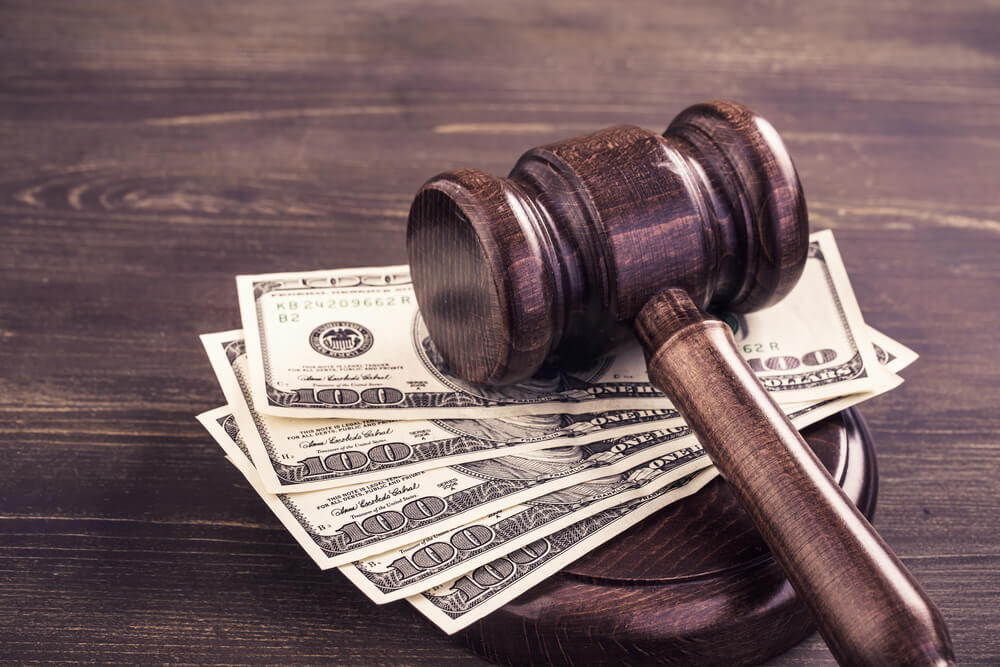 Your Lawyer Is an Essential Part of the Process

This might be bad news for some of our potential clients because they may want to go over their lawyers’ heads, but it’s really good news for everyone.

The reason we need your lawyer involved is that we need him or her to send over documents regarding your case.

As we’ve said, we make our decision of whether to fund your case based on the facts of your case, and those facts are in the documents we need.

That’s why you can’t apply for funding without having hired an attorney.

While that may make things more complicated for some of our clients, it makes things safer for all of them.

We know a lawyer will be reading every word of a settlement loan contract, so we won’t try to sneak anything funny in.

Having a lawyer involved in the process of obtaining a loan for a lawsuit acts as your security and protects you from making any decisions you shouldn’t.

We Get Paid Back Out of the Settlement

When you do settle, we’ll get paid the same way you do: out of the settlement.

You’ll owe us principal plus interest as specified in your contract, but your lawyer will pay us that amount directly out of the settlement, so you won’t even have the think about it.

Because we only get paid back out of the settlement, a pre-settlement cash advance protects you from ever having to go deeper into your own funds to pay us back.

Because of the way a lawsuit loan works, you can never end up with less money after you settle and pay us back out of the settlement than you had before you applied.

Lawsuit loans are non-recourse cash advances, so the only way we get paid is out of the settlement or judgment in your favor. If you lose and fail to settle, you don’t get paid, but neither do we.

So, while losing is unfortunate, it could be worse. You could have taken out a bank loan, in which case you’d have to pay back even though you lost.

A pre-settlement funding protects you from that nightmare scenario, which is part of the reason why rates might seem high compared to banks’.

With a lawsuit funding from us, you’re protected against having to pay back if you lose.

You can get the money fast, use it for whatever you want, and not even have to worry about paying it back if you lose. And you don’t have to go broke.

Sounds like a good deal to us, but it’s up to you and your lawyer to decide if it’s best for you.

The application takes less than 48 hours. Get started with a lawsuit loan company that understands your concern and get that cash advance as soon as possible.

We hope you’ll take advantage of all the resources on our website and on the websites of some of the other best pre-settlement loan companies to make your decision.