Slip and Fall Accidents: 7 Facts You Need to Know

Delta Lawsuit Loans covers a huge range of cases, but one of the most common cases we fund are slip and falls.

This type of case involves premises liability, which is when someone hurts themselves on property that belongs to someone else, whether that’s another person, a business, or the government (if you fell on government property, the rules that apply to you could be significantly different from those described here).

When you’ve been involved in a fall accident slip and you’ve hired a lawyer to potentially pursue a lawsuit, you can apply for a slip and fall accident lawsuit loan from Delta Lawsuit Loans. 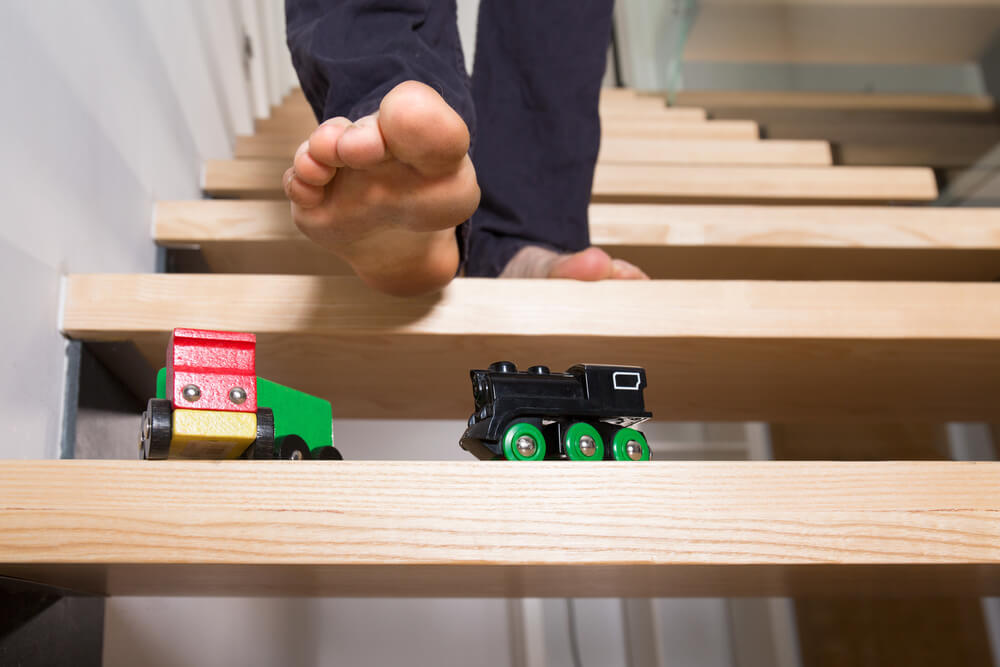 Some Things You Need to Know About Slip and Fall Accidents

1. A slip and fall can happen to anyone.

According to the National Floor Safety Institute, a whopping 1 million emergency room visits are prompted slipping and falling every single year (out of 8 million for all falls), which means that slip and falls account for over 2 ½ percent of all ER visits in a given year.

Based on these statistics, fall injuries are common incidents that usually happen at work, school, or even at home.

Accidents like these are usually negligence from the third-party side such as property owners or employers.

2. A trip and fall can be an incredibly expensive injury to treat.

Treating falls is in industry all on its own.

Each year, Americans and their insurers spend about $50 billion on treating injuries related to falls according to the Centers for Disease Control and Prevention (CDC).

These include all falls, especially by seniors, and not just slip and falls, but the cost of falls speaks for itself.

At $50 billion total and 8 million fall victim reporting to the ER each year, each fall costs about $6,250 to treat, and that doesn’t include falls that end in death (this assumes anyone spends money on treating a fall injury goes to the ER, which isn’t always true).

3. If the accident was partly your fault, you can probably still sue.

Many people are under the false impression that slip and fall law requires you to prove that your fall or slip was completely the property owner’s fault.

They believe that if you contributed to the accident in any way, you can no longer sue.

Like many, this myth comes from some truth. Slip and fall law varies across the state.

It is true that in a few states, you can’t sue if your actions contributed in part to the accident (those states include Alabama, Maryland, North Carolina, and Virginia, as well as the District of Columbia).

Those states have a contributory negligence rule, which means you can’t, in fact, sue the property owner if you in any way helped cause the accident.

But for the other 46 states, your sharing part of the blame doesn’t strip you of your right to sue the property owner.

For the 40 of those 46 states that Delta Lawsuit Loans funds––and for Alabama, North Carolina, and Virginia if you didn’t contribute to the accident––you can apply for a lawsuit loan if you’ve been injured in a slip and fall and have hired an attorney.

All it takes to apply is a phone call, and you can be funded within 24 hours. 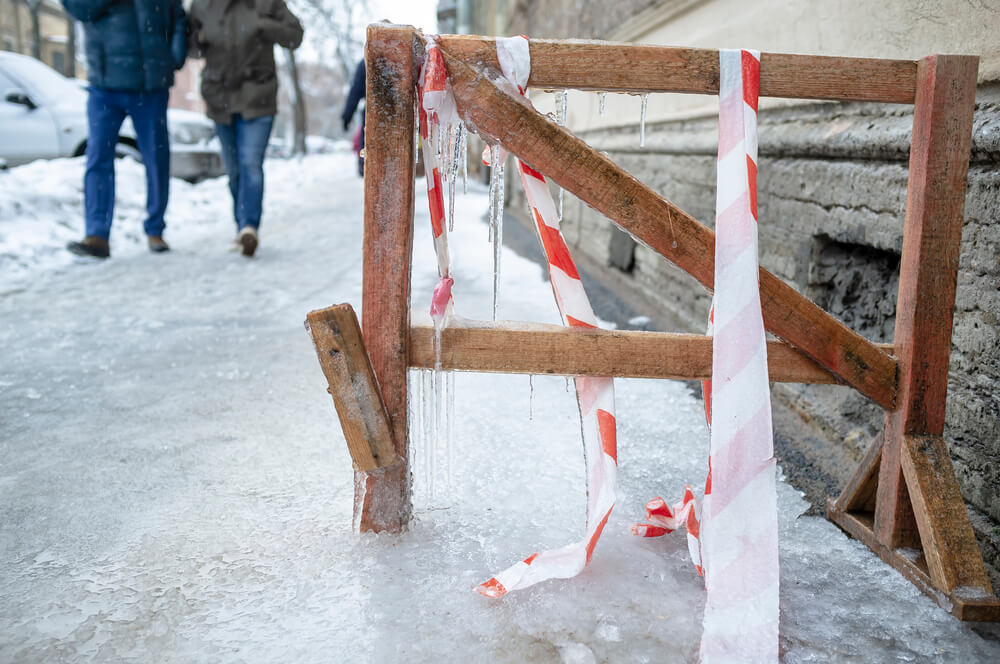 4. But your fault is taken into account in the states that allow you to sue when you were partly at fault.

Others allow you to sue even if you were mostly at fault.

In either case, the jury subtracts your share of the fault from your damages. The resulting amount is what you get.

If you were 40 percent responsible for an accident that caused you $10,000 in damages, you’ll get 40 percent less than $10,000, or $6,000.
While it’s juries that legally have to follow these rules, they will be taken into account during settlement talks as well.

See more about the slip and fall case.

The whole point of a settlement is to anticipate a lawsuit, so the property owner will act according to what he or she believes the jury will do, and what the jury will do is follow one of the comparative negligence rules.

5. Your lawsuit may be against more than one defendant.

In many cases, more than one person can be responsible for your slip and fall (and we’re not counting you in cases when you contributed negligence).

If you’re injured at work, for instance, you may have to sue your employer for an unsafe work environment and the building owner for failing to make necessary repairs.

6. Slip and fall laws extend beyond a fall accident slip.

While many states apply slightly different rules to car accident lawsuits from those they apply to slip and fall lawsuits (especially in regard to statutes of limitations), states don’t generally differentiate legally between slip and falls and premises liability cases like it and other personal injury cases. 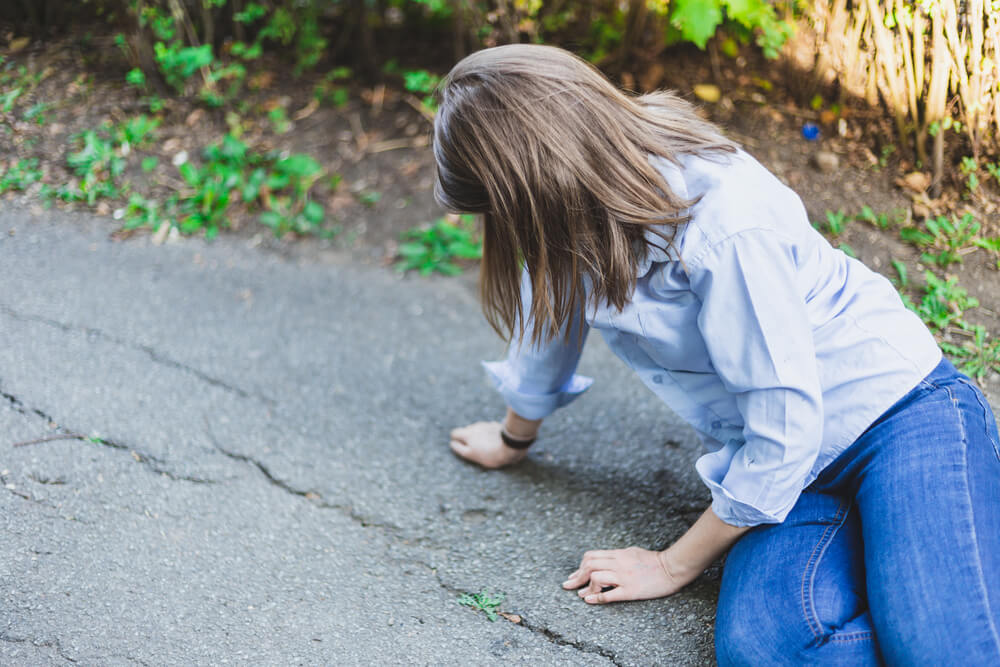 Our lawsuit loans come without the requirement of having your credit or employment checked.

That’s good because after an accident might be the worst time to have your credit or employment checked. In addition, you won’t have to pay us back if you lose.

We get paid out of the settlement, so if there is no settlement, you don’t pay, and we don’t get paid. And last but certainly not least, the lawsuit loan is your money, so you choose how to spend it.

How Many Pre-Settlement Loans Can You Get?
Read This Before Signing a Lawsuit Loan