If you’ve been in an accident and suffered a TBI, you could be eligible for a lawsuit loan from Delta Lawsuit Loans. After you’ve hired an attorney and are waiting to settle, you still won’t see any money out of it for a while. In fact, it could take months or even years before your lawsuit settles. With a pre-settlement cash advance from Delta Lawsuit Loans, however, you’ll have the cash you need in as little as a day. The best part is, you’ll only pay us back if you win your settlement. Even then, your lawyer will take care of it straight out of the settlement.

How Do Traumatic Brain Injuries Happen? 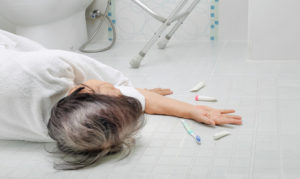 Traumatic brain injuries, as the name implies, refer to damage to the brain caused by a traumatic blow. If you’ve been in a car accident, that could be your head making an impact with a part of the car. If it’s a slip and fall, it could result from hitting your head on the ground. In fact, traumatic brain injuries can easily result from many different cases that Delta Lawsuit Loans covers.

There are several types of traumatic injuries, which range in severity. Even within each type of TBI, there is a range of seriousness.

One relatively mild TBI is a concussion. A concussion happens when a force causes the brain to hit against your skull. A concussion is usually temporary, but if you get repeated concussions you could suffer permanent damage.

Many traumatic brain injuries can cause edema, another term for swelling, which is most serious when it occurs in the brain because the skull cannot expand to allow the brain to swell, which means the brain will be constantly pressed up against the skull.

A case when blood clots outside the blood vessels are called a hematoma, which can occur in the brain due to a TBI. The clotting causes a pressure build-up in the skull and can lead to permanent damage to the brain.

Because the skull is so strong, if there has been a skull fracture, there has almost certainly also been brain damage.

One of the most dangerous traumatic brain injuries is a diffuse axonal injury, also called a sheer injury. This refers to an injury in which there is no bleeding, but brain cells are badly damaged to the extent that they cannot function. Swelling also results from diffuse axonal injuries, which compounds the damage. Especially because sheer injuries look so benign, they can be the most dangerous because they can easily go unnoticed.

Whichever type of TBI you suffered, you should apply for a TBI lawsuit funding from Delta Lawsuit Loans if you’re waiting to settle. While you’re waiting interminably for insurers to determine your fate, you could be making a decision for yourself and applying for pre-settlement funding. With a lawsuit loan from Delta Lawsuit Loans, you’ll have the cash you need to pay off medical bills resulting from your traumatic brain injury. Or for anything else you want. The cash is yours, no matter what you want to do with it.

How Do I Know if I Have a Traumatic Brain Injury? 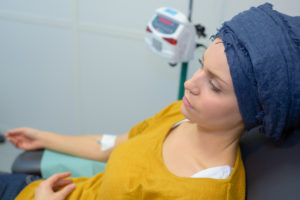 The severity of the symptoms of a TBI depends on the severity of the TBI itself. Mild traumatic brain injuries can cause confusion, dizziness, lightheadedness, blurry vision, ringing in the ear, fatigue, mood swings, forgetfulness, headache, and/or a bad taste in the mouth. If the TBI is more severe, a person may experience, in addition to these symptoms, a worse or persistent headache, seizures, numbness or weakness, loss of coordination, nausea, and vomiting, dilation of the pupils, slurred speech, and/or inability to wake up.

If you believe you’ve suffered a traumatic brain injury, it’s important to see a doctor immediately. He or she can diagnose the TBI using skull and neck X-rays or CT scans.

After a TBI, step number one is, obviously, to head to the doctor and treat the injury. But once you’re medically able, it’s critical to make sure you’ll receive the settlement you deserve. And it’s impossible to do that if you’re desperate for cash. Because if you need cash now, you won’t be able to wait out insurers’ initial offers, which will always be lower than you deserve. With a lawsuit loan from Delta Lawsuit Loans, you’ll have the money you need to allow your attorney the time he or she needs to negotiate the settlement you should get.

How Do You Treat Traumatic Brain Injuries?

Unfortunately, there are not many doctors can do to reverse the effects of traumatic brain injuries once the damage is done. That’s why it’s so critical to immediately get medical help if you believe you’ve suffered a TBI because the best doctors can do is stabilize a patient and try to prevent further injury to his or her brain. They do this by making sure the brain and the rest of the body get the proper amount of oxygen, that blood continues to flow properly, and that blood pressure remains in an acceptable range. In more serious cases of traumatic brain injury, treatment can include rehab that can entail physical, occupation, and speech therapies.

The road to recovery could be a long one for some traumatic brain injuries. But as soon as you’re able to file a lawsuit and begin settlement negotiations, you should. And as soon as you need cash, you shouldn’t wait to apply for a settlement loan from Delta Lawsuit Loans, either on our website or by calling us. You’re eligible once you hire an attorney. We can help out by getting you your pre-settlement cash advance as soon as tomorrow, and you’ll only pay back if and when you win.

How Long Do Traumatic Brain Injuries Take to Heal?

Once you do recover from the TBI and are healthy enough to file a lawsuit, it may be time to consider a lawsuit loan from Delta Lawsuit Loans. A pre-settlement cash advance can get the help you live your life while you wait for your attorney to negotiate the settlement you deserve.

Accidents That Can Cause Traumatic Brain Injuries

Any case that can cause sudden and significant impact to the head can result in traumatic brain injuries. These cases can include:

How a Lawsuit Loan Can Help

Medical information in this article comes from the National Institute of Neurological Disorders and Stroke and from Healthline.com. Check out their full articles.