Disfigurement or scarring can be permanent effects of an accident. Scars are part of the healing process, and they may fade, but they never completely disappear.

If you were disfigured or scarred in an accident, the physical and psychological effects can be serious.

If you were involved in an accident or in a case of negligence and ended up scarred or disfigured, you could be eligible for a pre-settlement cash advance from Delta Lawsuit Loans once you’ve hired an attorney. You can apply on our website or give us a call today and have cash in hand as early as tomorrow.

How Do Scarring and Disfigurement Happen?

When tissue is damaged, it breaks, which releases collagen, a protein.

When the collagen builds up, it helps heal the wound and strengthen the damaged area.

As the collagen continues forming, it builds up and requires more blood, which causes what we call a scar, which is when the skin is raised up, red, and lumpy.

As the wound heals and the collagen breaks down, the scar becomes less red and smoother, but it never goes away. In fact, it’s unlikely the scar will fade any more than it does in the first two years after the injury.

Any serious open wounds sustained in an accident or due to negligence can result in scarring, as well as several other causes. These causes vary by scar type..

If you’re suing for scarring or disfigurement, no matter how mild or severe, Delta Lawsuit Loans can provide a lawsuit loan. We’ll consult with your attorney on the specifics of your case and decide whether or not to offer a pre-settlement cash advance. If you qualify, there are no limits on what you can use the money for; it’s yours!

Types of Scarring and Disfigurement

There are several types of scars, which can be a fine line, pitted hole, or overgrowth of tissue. 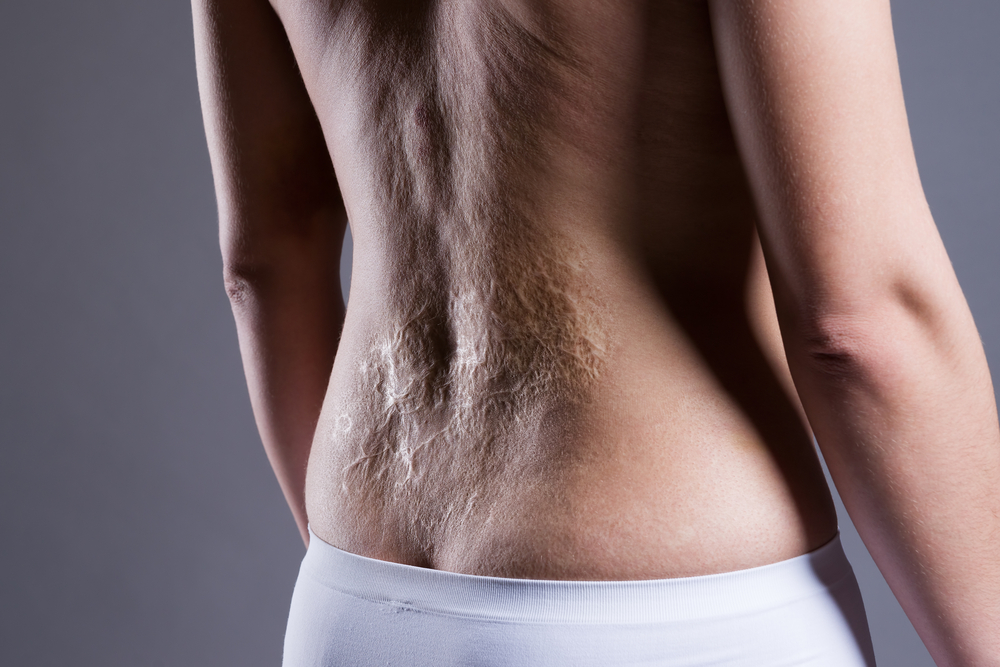 The details of your scarring or disfigurement is something we’ll discuss with your attorney when you apply for a lawsuit loan from Delta Lawsuit Loans.

After reviewing your case and approving your application for settlement funding, we’ll provide a pre-settlement cash advance, which you’ll only pay back if you win your settlement.

How Do I Know if I Have Scarring or Disfigurement?

While the symptoms vary, even narrow cuts can leave scars, so serious accidents are highly likely to leave victims with permanent scarring and disfigurement.

That said, a common symptom of scars is usually their being raised from the skin and being red or purple. Some scars also restrict movement or induce a feeling of tightness.

The severity of the redness and how high off the skin the scar is raised should decrease over the two years after the accident, but the scar can never disappear.

If you suffered scarring or disfigurement as a result of a car accident, slip and fall, or any other cause and you’ve hired an attorney, you’re likely eligible for a disfigurement and scarring pre-settlement cash advance from Delta Lawsuit Loans.

How Do You Treat Scarring and Disfigurement?

Scars can never be completely removed, but there are certain treatments that can make a scar less visible.

Some simple treatments include make-up; silicone gel, either in topical or sheet form; or pressure dressings.

In some cases, a doctor may prescribe steroids, especially if the scarring is restricting movement. Plastic surgery is also an option to make scarring less noticeable.

Scarring can take a serious emotional toll on victims. If you’ve suffered scarring or disfigurement, you can consider suing for damages and for pain and suffering.

If you choose to hire an attorney, you can give Delta Lawsuit Loans a call or apply right here on our website.

With a lawsuit loan from us, you protect yourself from being forced to accept the low, initial offers of whomever you’re suing.

Instead, you give your attorney the chance to fight for the settlement you deserve. Only out of the final settlement will be repaid, and if you lose we don’t get paid.

How Long Does Scarring or Disfigurement Take to Heal? 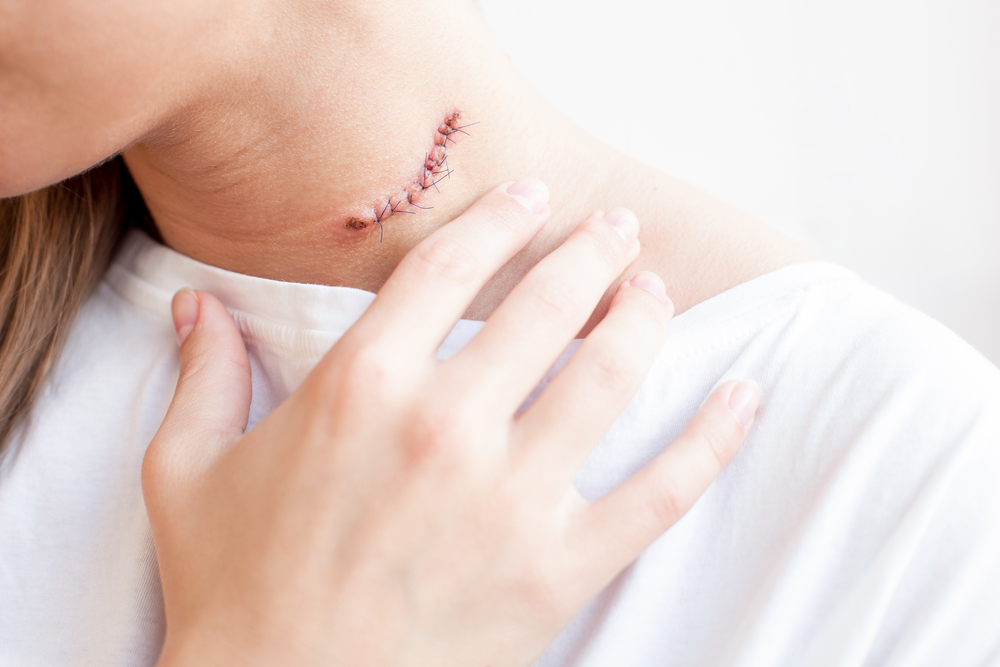 Scars never fully disappear, but they do fade, generally over a period of two years.

Past two years, it is unlikely that scars will fade more than they already have, but the treatments listed under “How Do You Treat Scarring and Disfigurement?” are options to make scars less noticeable and unsightly.

No matter how severe your scars are some time out from the accident, Delta Lawsuit Loans can offer assistance in the form of settlement funding, which will allow you to live your life in the challenging time between an accident and your settlement.

If you suffered disfigurement or scarring in one of these cases or in another, Delta Lawsuit Loans would be glad to help with a lawsuit loan.

After you apply on our website, we consult with your attorney to see how we can help. If you’re approved, you can see cash in your bank account in as little as 24 hours!

How a Lawsuit Loan for Disfigurement and Scarring Can Help

The period between your accident and settlement is incredibly difficult.

Step number one is, obviously, treating any injuries you have and preventing further damage. But once you’re safe, it’s time to think of how to continue your life amid newfound challenges.

That’s when it’s time to head to us for help. We can cut down the time it takes to see any money from years to hours when you apply for a lawsuit loan.

Repayment for a pre-settlement cash advance from Delta Lawsuit Loans isn’t due until you settle. Even then, we work with your attorney to be repaid right out of the settlement––not out of your pocket. And if you lose, you don’t owe us a nickel.

Medical information in this article comes from the United Kingdom’s National Health Service. Check out their full article at https://www.nhs.uk/conditions/scars/.